Arya Vaidya Sala manufactures more than 530 classical formulation. The manufacturing activity takes place at three centres, two of them in kerala at Kottakkal and Kanjikode and one at Nanjangud near Mysore in karnataka. All the three Factories operate on manufacturing license issued by the Drugs Controllers of all the three respective states and all of them possess GMP (Good Manufacturing Practices) certificate issued by the Government.

The important feature of all the three Factories is the fact that the basic principles and practices of medicine manufacture are still based on the specifications in the classical text books. At the same time, extensive mechanisation has taken place as a necessary consequence of adapting industrial methods. This change is essential when scaled up and bulk level production of medicines becomes necessary.

All the processing activities are done in pharmaceutical grade stainless steel vessels. There are several electro-mechanical equipment's which are employed for achieving efficiency in production. Major areas where mechanisation has been incorporated are: Fire wood has completely been replaced by boiler generated steam for boiling purpose. There is 16 tons/hr,14 tons/hr and 4 tons/hr steam generating capacity at Kottakkal , Kanjikode and Nanjangud respectively. Major functions like disintegration, sifting, filtration, concentration, incineration, compression, filling, blistering, packing, etc are done with the aid of heavy equipment's. The introduction of modern dosage presentation forms of tablets and capsules has also necessitated the incorporation of modern pharmaceutical machinery like punching machine, mass mixer, granulator, drier, blender, encapsulation equipment, blister packing machine, etc.

All the Factories work round the clock in three shifts. More than 900 personnel are engaged in manufacturing activity including work-men, and supervising, clerical and support staff. Every Section of all three Factories is managed by qualified and trained Physicians under the overall control of a Factory Manager and Production Manager.

The production activity is scheduled by the Production Planning Unit. It draws up annual/monthly / weekly / daily production schedule by taking into account the requirement of the Marketing Department and by maintaining a close association with the Materials Department, Factory Managers and Finance Department. The operations of the Factories are supported by Personnel Department, QA Department, Engineering Department, R&D and Product Development Department.

Personnel Department takes care of human resources development related matters. There is a Labour Welfare Officer who works closely with the recognised Unions of the workmen and associates with the Personnel and Production Departments.

QA Department has a well-equipped laboratory and trained chemists. They carry out regular analytical tests to ensure the quality of raw materials as well as that of finished products. Issue of a Quality Certificate is a necessary step for accepting every item of raw materials. Standards specified by the Bureau of Indian Standards (BIS) are generally followed in the QC Laboratory. The QC Certificate issued by the QA Department forms an integral part of the Batch Manufacturing Record (BMR) of every product. In the case of finished products, the Pharmacopoeial Standards specified by the Government of India are followed. A high-level Quality Control Cell comprising senior physicians examines samples from every batch of products.

Engineering Department looks after procurement, installation and maintenance of the plant and machinery of the Factories. Under the control of Sr. Manager (Engg.), there are Electrical / Mechanical / Chemical Engineers and a Maintenance Engineer looking after the functions of the Department, which are manned by about 70 skilled and professionally qualified workmen. Additionally, there is Civil Engineering Department under the control of an Executive Engineer, which looks after the civil construction and maintenance requirements.

There is a heavy transfer of information and data between different Sections of the Production Units as well as between different Departments and the Factories, which crucially influence the speed and correctness of Factory operations. Appropriate software for information/data transfer and for passive control of work have been specially got prepared for this purpose. A full-fledged IT Department maintains the database in addition to designing/upgradations of software as per the changing requirements.

R&D and PD jointly look after devel the payment of new products as well as time to time modifications in the existing products on demand. New products are developed on the basis of requirement and data collection from various sides like Patients, Customers and well-wishers. The introduction of a new Product in the Market will be done only after satisfying all statutory requirements like Product study, Clinical Study, Drug License etc.

Vaidyaratnam P.S. Varier revolutionised traditional Ayurvedic health care practice at the turn of the last century by bringing about historically significant changes and improvements in some of its core elements. The most important one among them was in the domain of medicine preparation. Motivated by the trends prevailing in modern medicine practice, he decided to shift from the traditional Ayurvedic practice of tailor made single dose preparation of medicines to the more contemporaneous bulk level production. And as a necessary consequence, his innovative capabilities succeeded in achieving scientific preservation of classical medicines. Both these improvements enabled him to position Ayurvedic medicines as marketable commodities.

The AVS Factory at Kottakkal bears testimony to his innovative spirit. It is here that, in 1902, he set up a small drug production unit with a limited number of workmen and staff and equipped with some rudimentary implements. It soon started to expand in its scope and reach as the reputation of his high quality medicaments spread all across the region. It was during the tenure of his nephew Dr. P.M. Varier as the first Managing Trustee, that enhanced efforts were made to incorporate industrial machinery and equipments for augmenting drug production capacity. It was after Dr. P.K. Warrier succeeded him as the Managing Trustee in 1953 that the Kottakkal Factory really became a modern drug manufacturing facility with the adaptation of technological methods and industrial practices in a big way. These are reflected in almost all functions and activities of the Factory. Presently the Kottakkal Factory, like the other two Factories at Kanjikode and Nanjangud, is a GMP accredited drug manufacturing unit.

Modernisation steps have been incorporated mainly in three areas : (a) mechanisation, (b) process optimisation and rationalisation, and (c) product improvisations. It was in 1967 that the fire wood fuelled drug processing was replaced by furnace oil fuelled boiler steam based processing. Moreover, machinery was installed for handling many operations like washing, transporting, drying, pulverising, sifting, compressing, mixing, kneading, filling, packing, etc. Steam based processing has also enabled optimisation of processing procedures. With the aid of modern pharma equipments, major innovations have been implemented aimed at rendering the classical formulations achieve better user compliance. Thus, bitter tasting liquid kashaya has been converted to solid tablet, hyperfine bhasma to hard gelatin capsule, viscous avaleha to granule, greasy taila to balm and gel, and taila for internal usage to soft gelatin capsule. These measures have helped in improving the efficiency of drug manufacture as well as in enhancing the user acceptance of classical medicaments.

One important guiding principle strictly followed while attempting all such innovative measures is that the essential character and the basic tenets of Ayurvedic principles will not be compromised.

The Factory at Kottakkal works round the clock and several hundred skilled workmen and staff and the scores of qualified and experienced Physicians managing different sections, are responsible for its smooth and efficient running. The production schedule is based on a dynamic plan prepared by the Production Planning Cell. Every batch of medicine coming out of the Factory is tested for its quality by the QA Department based on Ayurvedic Pharmacopoeia Standards set by the Government, which include, apart from other specific parameters, those for heavy metal contamination also. All technological needs of the Factory are attended to by a well equipped Engineering Department which has in-house expertise in concerned areas. The human resource related requirements are managed by the Personnel Department and a Labour Welfare Officer positioned in the Factory takes care of the functions addressed at the welfare of the workmen.

The AVS Factory at Kottakkal produces about 60% of the total AVS products and they include major categories like taila, kuzhampu, ghrita, bhasma, gulika, tablet (both gulika and kashaya), and capsule (bhasma).

The AVS Factory at Kottakkal represents the history of evolution of the Ayurvedic drug sector in terms of its early modest beginnings and its later progress to its present status. And what is typically significant is that this progress was achieved while ensuring that the pristine quality of Ayurvedic medicaments is never compromised.

The medicine manufacturing unit at Kottakkal was continuously growing right from its origin in 1902 in response to the expanding market need. This factory was facing acute constraints of space and water. Thus, AVS established a new Factory at Kanjikode near Palakkad in 1987. It was designed and set up to manufacture the variety of Asavas and Arishtas exclusively. It became a modern dedicated Asava / Arishta plant and helped AVS to meet the increasing market demand for them. Later in 2000, a new Leham / Choornam plant was also set up here. And still, later a Kashayam facility was also added here. Thus, presently, the Kanjikode Unit manufactures about 40 % of the total products of AVS.

The Kanjikode Unit has a dedicated Quality Control Division equipped with necessary analytical instruments and manned by qualified chemists under the supervision of a QC Manager. The Lab keeps constant contact with the Quality Assurance Department at Head Office for ensuring strict and vigilant quality control measures.

As a part of environment-friendly activities, the Kanjikode Unit has an Effluent Treatment Plant which treats the effluent coming out of the factory and the treated water is utilised for irrigation purpose. This ETP has won awards instituted by the Kerala State Pollution Control Board. The Unit is also engaged in afforestation activity by planting and nurturing useful medicinal plants. The vegetable debris coming out of the factory is used as manure for cultivation purpose apart from the treated effluent coming out of ETP. A part of the fuel for generating steam for the factory processing is produced with the aid of this biomass along with externally sourced briquettes in a Firewood Boiler.

As a CSR activity, the Kanjikode Unit runs free monthly medical camps for poor and deserving patients in its premises and dispenses free medicaments.

A new medicine manufacturing factory was set up by AVS at Nanjangud in Karnataka in 2009. This Unit was conceived, designed and established as an effort to enable AVS to satisfy the evolving aspirations of larger segments of Indian Society. The factory is located 20 km south of Mysore on the Mysore-Ooty Highway. It has some important features: 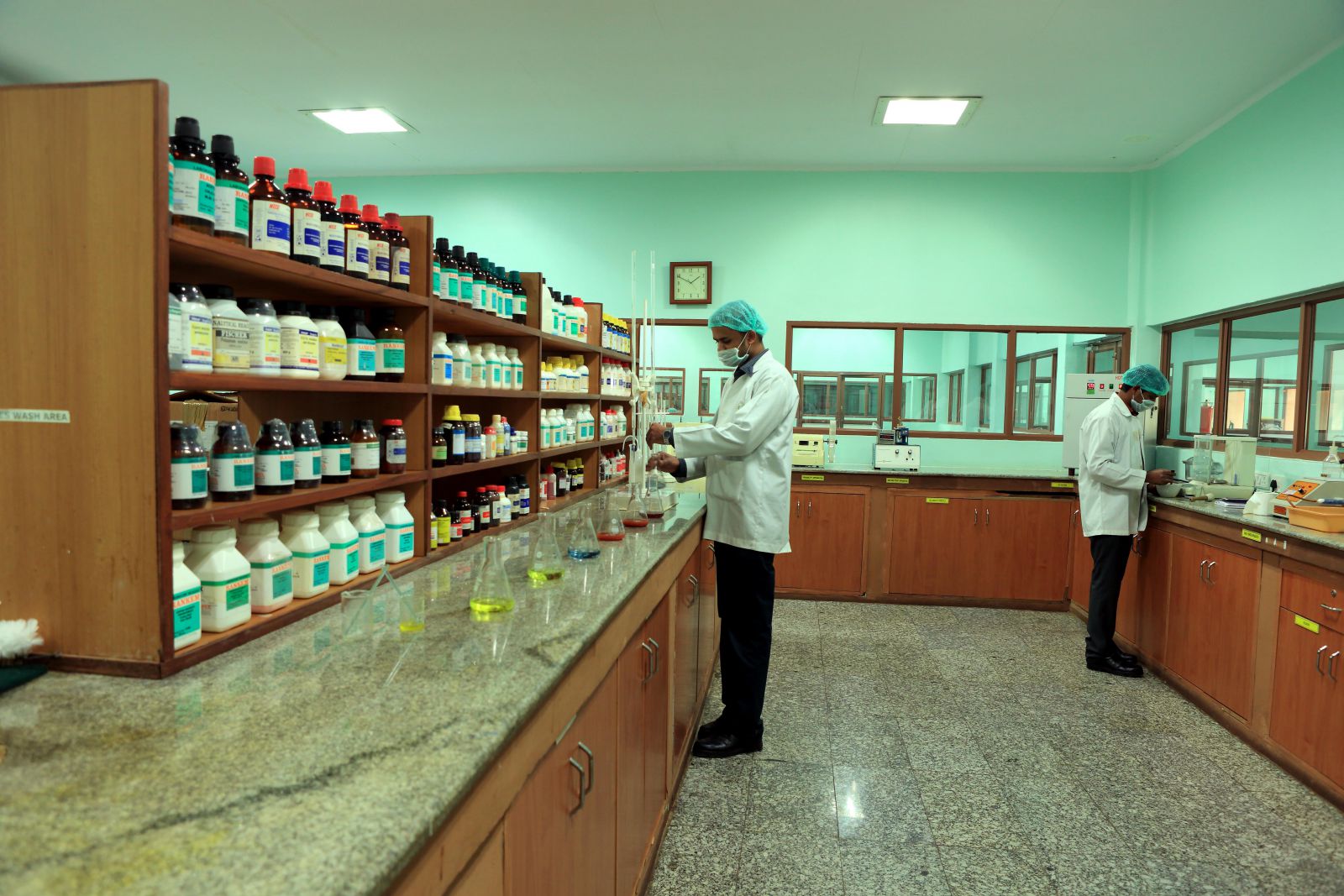 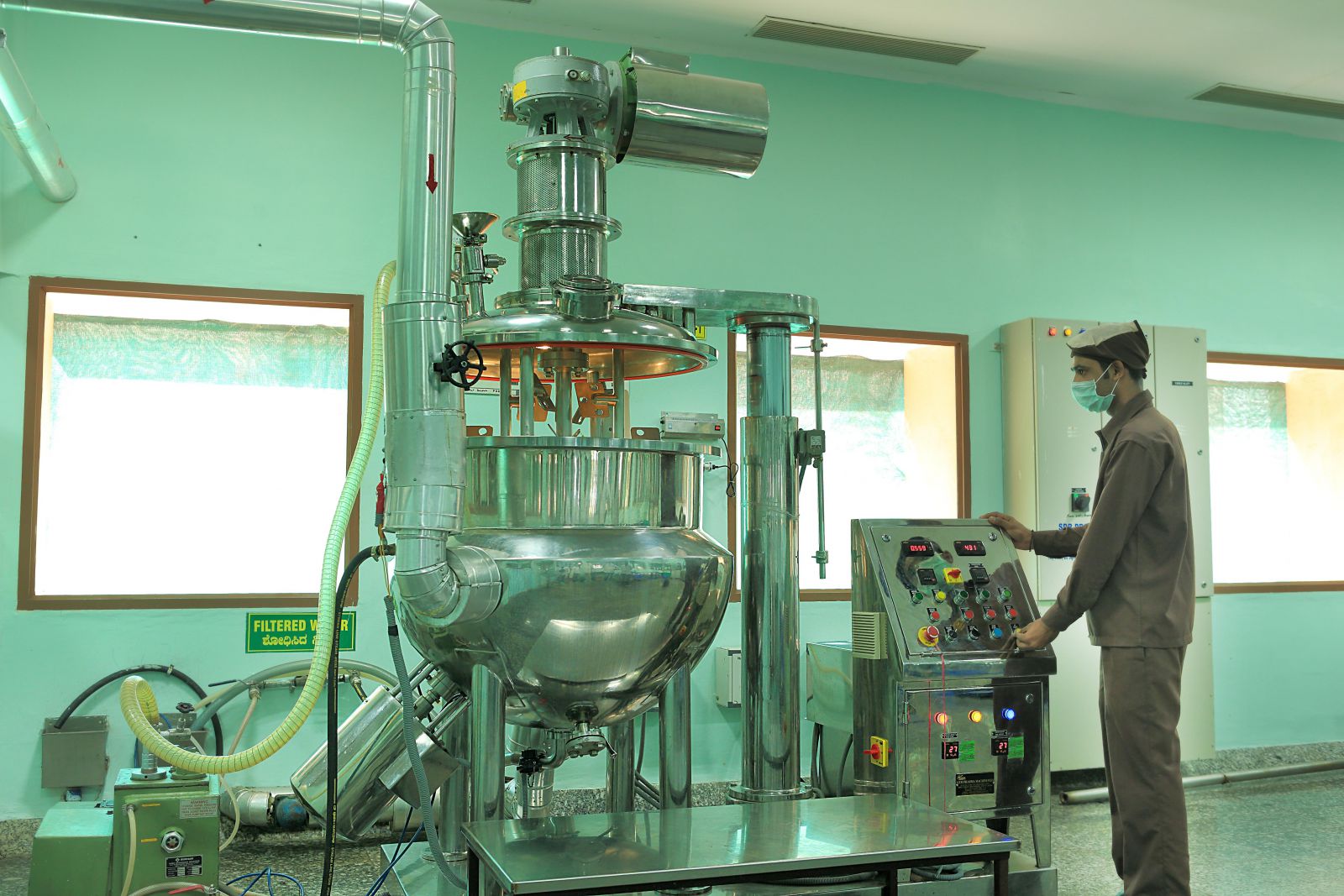 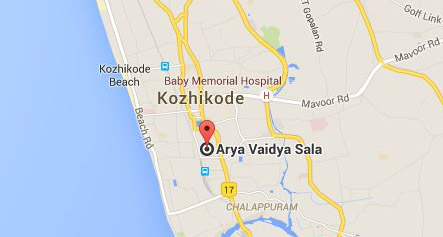 AVS offers classical Ayurvedic medicines and authentic Ayurvedic treatments and therapies to patients from all over India and abroad.